What in the Adam Lambert? Susan Boyle Loses Britain's Got Talent Crown

On the season finale of "Britain's Got Talent", crowd favorite Susan Boyle was toppled by a dance group named "Diversity".

Although Boyle's is loss is shocking, it is not surprising.

Read the the rest HERE
Posted by soul88 at 8:56 PM No comments: Links to this post

The Man Who Fell To The Earth: The Night Adam Lambert Lost The American Idol Crown 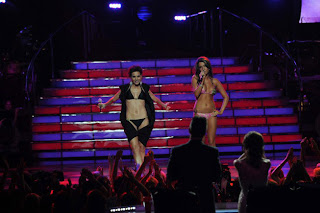 Talk about a shocker!
During an evening where American Idol felt more like American Bandstand with Kiss, Cindi Lauper, Lionel Richie, Rod Stewart, Santana and Queen, (not to mention “Bikini Girl” Katrina Darrell's sing off with Idol judge Kara Dioguradi and the return of head band loving crooner Nick Mitchell ) America voted for the guy next door, instead of the guy they would peer at through the window.

Really? How did that happen?

Read rest @ http://www.groundreport.com/Arts_and_Culture/The-Man-Who-Fell-To-The-Earth-Adam-Loses-American-_3
Posted by soul88 at 12:01 PM No comments: Links to this post

Danny Gokey: Voted Off American Idol But Still a Winner 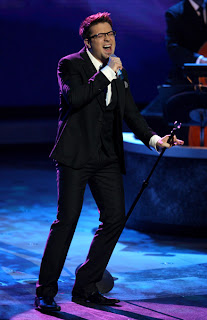 In any other year, Danny Gokey probably would have won American Idol.

But Adam Lambert's over the top talent and Kris Allen's, funky folk style made it difficult for the talented Gokey to survive the final three.

But he will not be forgotten.

Danny Gokey's deconstructed rendition of Joe Coker's "You are So Beautiful" (written by Billy Preston) should be on the radio right now.

Reminiscent of R. Kelly's "I Believe I Can Fly" mixed with a tint of gospel legend Fred Hammond, Gokey's version solidified him as a burgeoning blue-eyed soul star.

No offense to the mulit-talented Justin Timberlake, but Gokey's singing style leans more towards the gruff vocals of the late Gerald Levert than say Timberlake's soulful, but fragile timber.

Yet the fate of Danny Gokey's post idol success will rest in the hands of today's cookie cutter R&B producers, who in recent years has done a terrible job of producing talented R&B male singers with more than one or two octaves.

Outside of the Neptunes and a few neo soul producers, there are very few Quincy Jones, Jam & Lewis, La'Face or even a Devante Swing (Jodeci) in today's production arena. These producers knew how to handle gifted vocals, by not only harnessing or at times pushing their vocal abilities, but also crafting music that fits their musical style.

It would be tragic to watch Gokey's career derailed by lesser talented writer/producers or record companies who are more concerned about dance moves and style than substance.

In the meatime, take a minute, soak Gokey's vocals and bask in yet another stellar performance from the American Idol's best season....ever.


Danny Gokey - You Are So Beautiful
Posted by soul88 at 3:42 PM 3 comments: Links to this post

Do you know why I like the Black Eyed Peas?

Because Will. I AM, Taboo Apl.de.ap and Fergie do no care what Hip Hop purists and radio thinks about them?

While some Hip Hop critics will say that The Peas are making pop music, in essence they are representing the past and the future of Hip Hop.

"Boom Boom Pow" follows in the electro funk past of Afrika Bambaataa and Mantronix in the 80's. And like Kanye West, The Peas continue to push themselves musically, experimenting with different sounds that might bring new fans, while alienating old ones.

In producer Will. I. Am's case, the genesis of The Peas latest album "The End" started when he visited Hip Hop clubs in Australia while making "X-Men Origins: Wolverine".

The Hip Hop clubs in the land down under, moved away from traditional rap and Hip Hop beats and begun to embrace the rhythms of dance and club music.

Although The Peas continue to flex their artistic growth, unfortunately they will probably never be "revered" as a chart topper like Rick Ross, who continues to retread the same tired tales of street life laced swirling old school beats; but truth is, it doesn't matter.

But until music programmers and Hip Hop purists understands this thought, there will always be this divide in what is "Real" Hip Hop and what is not.

Before Lebron James and Cleveland Cavilers destroyed the Atlanta Hawks in the the first playoff game of the second, King James was awarded his MVP trophy

NBA Commissioner David Stern was completely drowned out by he crowd who were ecstatic watching James receive his first, which could be many MVP awards.

But will he receive all of these awards in Cleveland?

Only LBJ knows that answer to that question.

Lil Kim Eliminated on Dancing With The Stars

It was the end of the line for Kim Jones aka Lil Kim.

The one with "bionic booty" was bounced out of Dancing With The Stars, leaving everyone in shock, including host Tom Bergeron , ( bull rider Ty Murray should have been bounced this week, but the competition is pretty tight this year)


Since the season started in March, it has been amazing to watch the "The Queen Bee" go from raunchy rapper to an energetic ballroom dancing queen.

Kim summed up her "Dancing with The Stars" experience best when she said she brought a whole new audience (i.e. hardcore Hip Hop) to the show.

Hopefully, Lil Kim's fans will realize that there are lot more dances out than just booty poppin, the "Stanky Leg" or even steppin and try something different the next time they hit the dancefloor.

Thanks for introducing the hood to the Argentine Tango Notorious K.I.M.

I am always amazed that Kylie Minogue never had a huge career in America, especially following the success of "Can't get You Out of My Head" earlier this decade.

In Europe, Minogue is just as big or at times bigger than Madonna. But while "Madge" is now learning the complexities of being an older pop artist, Minogue continues to impress as she does with her latest assist "All I See" with fellow Aussie Stone Capone.

This timely R&B flavored tune could very well be heard on your average pop or "Hip Hop and R&B" station in America, but since most music directors fail to exercise their musical power, many U.S. music fans will miss out on this great summer tune.